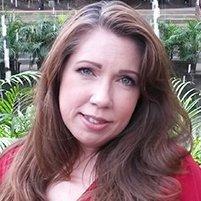 Chronic obstructive pulmonary disease is highly preventable, but once it develops, there is no cure. Dr. Angela Willis provides comprehensive services to help you avoid this progressive lung disease at Angela Willis MD Family Practice in Hermitage, Tennessee. Contact us today for a consultation because identifying lung disease early is vital to ensure a long, healthy life.

COPD stands for chronic obstructive pulmonary disease, which refers to a group of inflammatory lung diseases that block airflow from the lungs. Emphysema and chronic bronchitis are the most common COPD conditions.

Emphysema: This disease causes gradual damage to air sacs in the lungs, making it progressively difficult to breathe. Patients usually struggle with daily coughing and phlegm, chronic bronchitis, and shortness of breath when they’re active. This disease is often a result of smoking cigarettes.

Chronic bronchitis: This is an ongoing inflammation of the tubes that carry air to your lungs. It causes a cough that brings up mucus, along with shortness of breath, chest tightness, and wheezing.

All forms of COPD have one major cause: smoking cigarettes. The majority of COPD cases are caused by cigarettes. Smoking cigarettes releases more than 7,000 chemicals, many of which are toxic and weaken your lungs. The toxins also makes the lungs susceptible to infections,  cause swelling that narrows air passages, and destroy air sacs that hold oxygen.

Even if you don’t smoke cigarettes, you’re at risk for COPD from years of breathing secondhand smoke, air pollution, and dust. You may also be at a higher risk if you work in an environment where you breathe toxic chemicals.

How is COPD treated?

The first thing to know about COPD is this: Consult with Dr. Willis as soon as you experience wheezing, excess phlegm, a cough that doesn’t go away, or shortness of breath during normal daily activities. None of these symptoms are a normal part of aging, so don’t be tempted to ignore them. Getting early treatment for COPD is vital for keeping it under control.

Dr. Willis always considers the whole person, but for COPD treatment that approach is essential. The first step is smoking cessation, so the doctor will help with that. She can perform office testing to evaluate your lungs to determine what type of breathing issue you may have. She’ll also consider medications, such as inhalers that relieve and prevent symptoms. She may recommend a pulmonary rehabilitation program, which includes education, exercise training, and nutrition advice. Depending on the severity of your COPD, oxygen therapy may also be part of the treatment plan.

We work with the majority of health insurance plans. Please call our office if you do not see yours listed or have any other questions.

Words from our patients